Not long after the day my husband gave me the nod that I could leave corporate world behind, I cleaned out my closet.  (So, if anyone needs a red collared button up shirt, my ex-organization colors, I've got you covered!)  Most given days, you'll now find me in funky palazzo pants, paint-covered cloths, or in a Walmart buttoned up $7 men's flannel shirt with hole-y blue jeans and my Gypsy Justin cowboy boots.  My hair is typically a hot mess and held back in a pony tail or bandana.  I also may or may not be packing a S&W 38 special revolver with a crimson trace at any given time.  After all, some of the best pickin' spots I've ever been to would make a grown man a little nervous.  Don't judge.  Anyways, I like to keep it simple, and given the opportunity, I'd chose to drive Junk Gyspy's "Large Marge" over a Beemer any day- no lie.  You can probably see now how well I fit in with some of the corporate "city folks." ha!

Anyways, I had friends and foes call me a complete idiot for walking away from such a good job- especially a job I had worked so hard at and sacrificed so much for and especially exchanging it for a "dream" and a "vision" no one else could see. The #1 question I get, "how could you walk away from that???" And, I totally understand.

I share my story all the time, but putting it out there in writing feels different.  I also get folks who tell me frequently how they relate to my stories, so this one is for YOU... the person who is miserable and thinks there's no options.  That's a false dilemma.  There's ALWAYS options.

So there's "more" to the story:

Lesson # 1: My daddy worked his tail off for an organization over 30 years who in the end made it clear that they didn't love him. As he grinded through work a few years after leaving that company, and began counting down the days to retirement, mom starts showing strange signs of forgetfulness. Fast forward 1-2 years, we find ourselves in stage 4 Alzheimer's.  Enjoying retirement with your spouse and doing all that "travel" you will get to do is not guaranteed.

Lesson # 2:  At approximately 59 1/2 years old, a little back pain resulted in Paul's mother getting the nightmare diagnosis: Pancreatic Cancer.  Paul and I, along with her husband, her sister and her friend, said good-bye to her 9 months later as she took her last breathe.  She had just retired.

Add lesson 1 and 2 together and then "going for broke" just doesn't seem like such a big deal anymore.

Before pulling the trigger and committing to signing a commercial building's lease, I called my sister in Hendersonville, Tenn. and told her that I had a very serious question for her.  Paul and I had just scored a 1972 Shasta camper for a mere $800 off of Craigslist from a guy who truly didn't know what he had.  We paid cash.

So I asked her, "if I go for opening a business and it results in me going bankrupt, and we loose it all, can you promise me one thing?" With hesitancy in her voice, she said "sure."  I continued, "Can I run an extension cord out your back door to our Shasta?"  She laughed and responded with, "Sure.  And I may even let you take a hot shower once a week as well."  That's all I needed to hear.  At least Paul and I would not be homeless.

You know you are ready for a change when the thought of going from a 6 figure income to living in a 1972 Shasta camper in the woods with 3 dogs and a husband is more appealing than spending "one more day" or even "one more hour" with people who take from you your energy and talents more than contribute.

Lesson # 3:  Let's say just for sake of argument that Vinterest Antiques fails.  Paul and I fall flat on our faces.  No one shows up for grand opening.  Ferguson takes place in Hixson and someone burns our little business to the ground.   We lose our life savings, one vehicle, two vehicles, then our house, and have not a penny to our names.  We file bankruptcy. Trust me, I've played all the "what ifs" out in my head.

Now here's the FREEDOM part....  "they" cannot eat us, kill us, take away our experiences, my college education, our resumes, or our love for each other.  We can rebuild.  It's America after all. Now, YOU (whoever this was meant for) substitute your name for all the "ours" and "my's" and "we's" in that last sentence and read it again.

After-all, we are all 1 cancerous cell, bad decision, freak accident or genetic disease away from this precious piece of time we call "life" from being over.  The time to start creating the life you can only dream of  is NOW.

Lesson #4:  I just recently spoke to another business owner who opened a business, but signed a short-term lease because he was "scared," not knowing if it would take off.   For those who may not know, "most" commercial landlords won't even talk to you if you don't sign at least 3 years.  Unless you are ridiculously lucky, in a prime commercial location and depending on sq footage, rent can range on the low end of $2,000 per month upward to $20,000+ per month, not counting the thousands of dollars in utilities and insurance. If you go under, you have to pay until the contract ends, the landlord shows mercy or the building is re-rented.  So in this business owner's case, his business took off and landlord took notice.  When it came to renewal time, the landlord got greedy and doubled the rent. Business owner was buried and unable to rebuild in a new location.  The lesson?  Plan to succeed and base decisions on success vs. failure. 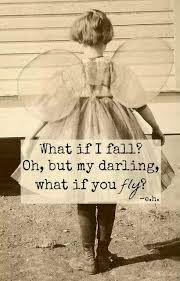 For us, we've chosen to "go for broke."  We place our trust in that the Lord will provide and put the right people in our path at the right time in our lives.  I had to make peace with all the "what ifs" before pulling the trigger.  I also had to ensure I had support from those who mattered, even it meant just a little reassurance I could borrow some electricity- given worst case scenario.

Grand opening is less than a month away.  Every day we hear comments- mostly good- about our launching a new business in Hixson.   We have an amazing group of supporters and very few doubters, and maybe even 1-2 haters, out there.  All I know is, this is turning into one helluva fun ride!  We are giving every part of ourselves to this journey. No regrets.

Promote Your Page Too